We’ve had Cox CATV & High speed internet since we’ve been here, but their newer HDTV channels don’t always play well with our HD-TIVO. So, after seeing many ads, figuring its cheaper, and having good feedback from a neighbor, we decided to go with FIOS. I did all this in mid-MAY, and had the install scheduled for Sat May 29th – Memorial Day weekend!

It turned out to be a mess, and the installer had no idea what he was doing …

END_OF_DOCUMENT_TOKEN_TO_BE_REPLACED 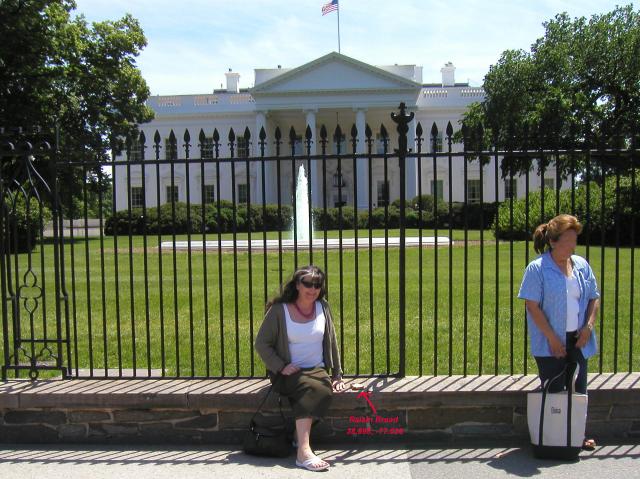 Emma and I were downtown today for our annual bloodwork/checkups and while we were there we took some photos for ZeFrank’s Earth Sandwich contest. Ya see, you had to take an interesting photo of a slice of bread on the earth, that could be linked up to a sandwich opposite on the other side of the world. For us, that other would be in deep water, but our shot was fun anyway! See
http://www.zefrank.com/theshow/gallery/v/earthsandwich/whitehousebread.jpg.html I bid on these old (mid-70’s) JBL 2-way Studio Monitors on ebay a few weeks ago. The problem was, due to the size (2′ x 3′ x 2′ and roughly 100lbs each) they were listed as “Pickup only” – and they were just outside Philadelphia, PA. Well, turns out I had the best bid and won them for a very reasonable fee.
Due to last weekend’s snow we weren’t going to do any roadtrips- so we made plans to do a 1-day roundtrip on Sat 18th.

And what would a trip to Philly be without Cheese-steak subs. Chris gave us directions to Leo’s Steaks – and he was right – they were to die for … I’ve never had anything like that in DC – Philly Cheese-steaks are like crack – Emma even bought another sub to bring back with us!
Anyway – we were home before 7PM, hauled the speakers inside, and I wiped them down with Tung oil to freshen the walnut veneer a bit.

I bought them knowing I’d need to add a set of high-tweeters and redo the crossover network for long-term use, but the woofers alone were worth more than I paid or the complete speakers. So fair I’ve listened to some old Who, Jaco Pastorius, Weather Report, The Concert for George (Harrison) and a few other things – the bass is tight and amazing! Once I get them finish freshened up a bit more and get the high-tweeters installed I can put them up in the corners where my old JBl L36 speakers (bought new in 1976) sit now. I’ll put the L36s in the back of the room for surround sound use.

And the birthday thingee? Why, its today, Feb 19th! The speakers are like a fine gift to me! 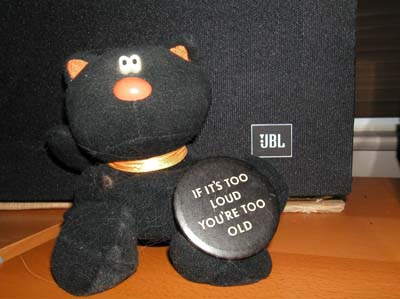 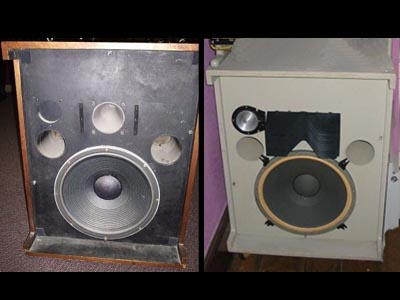 Just some old JBL speakers I won on eBay Thurs night –
They’ll require a trip north to pick them up, then wood restoration
and adding a high tweeter to make them like the 3 ways on the right
but from what I’ve heard, it will be quite a sweet investment!

Well, its over … and it’s going to be a L O N G wait until Christmas.
What’s over? – Why, the best TV show of the Season – the new Doctor Who with Christopher Eccleston as the 9th Doctor. You say you never heard of Doctor Who, or if you have, you thought it went off the air years ago? Well – it did go off the air in 1989 – but Russell T Davies brought it back to the BBC and its been fantastic!
Yep, its not a US show – its the hottest new show on the BBC and we can’t get it here!
This was a new show, but with references to the background story of the old shows. But it still played well for the folks (like Emma) who never saw any of the old shows.
And tonight was the last of the 13 episodes for this new season, and even though we knew that Eccelston was only doing this one season, it was still a great series of stories arced to this final event, when the Doctor “regenerates” into a new persona and appearance (a cat may have 9 lives, The Doctor has 13) …
If it was available to watch realtime I would have done it – I would have paid $5 or more per episode to watch it on pay-per-view simultaneously with the UK audience. Instead, I had to hunt around the dark corners of the internet to find it … and I am quite glad I did!
It has been the high point of my TV watching week – kind of like the old days of Babylon V – and its so popular the BBC has agreed to another 2 seasons!
But – no more new shows until Christmas – when “The Christmas Invasion” will air .. 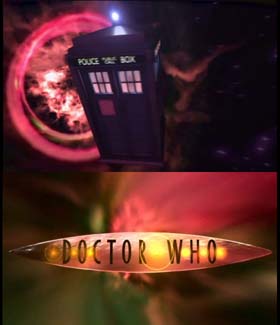 I’d heard all the hype about the new Doctor Who series … pretty much an unknown for us US fans. I’d seen some of the early 70s Tom Baker episodes on PBS in the mid 80s, but the BBC ended the show in 1989, and, other than a weird Fox TV broadcast of a Dr Who movie that didn’t go anywhere, I hadn’t heard much since then. (See
http://www.ee.surrey.ac.uk/Contrib/SciFi/DrWho/episodes.html).

My friend Grant down in Georgia had been talking about a new Dr Who series that the Beeb was working on, so I kept an eye out and found a “leaked” internet version of the first new episode (aka 27×01 – as its the 1st episode of the 27th season of the show, which originally started back in 1963) .

Well, that Internet teaser, called “Rose” was quite good, if a bit frantic – so this week, knowing that a episoide 2 would air at 7PM Saturday night in the UK, I looked around late Saturday night (US Eastern time is 5 hours behind GMT) and I found episode 2. When I got up on Sunday I started to watch it on the Mac. Emma asked if we could watch it on the TV – I didn’t think so, but I burned the AVI file to a CD and took it downstairs and popped it into my cheapo JVC DVD player. Amazingly … it popped up a directory list, and when I clicked the Play button … zoom! Widescreen and all – very nice! (tho there is a shade of pinkish-red that looks … funky on screen- sort of like an old VGA monitor).

Now the hard part will be waiting each week for the new episode! In the 80s we got Dr Who a few episodes a night on PBS, but it was old cheesey episodes. Now I can watch current episodes in nearly realtime … thats VERY cool!

Grant recommended the forums at Outpost Gallifrey as a great place to find out more – and – he\’s right again! 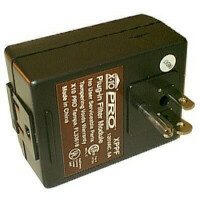 My Home automation system recently stopped working. My bedside lights didn’t come on at sunset, and I couldn’t turn them on with the remotes either. Something blocked the signal!

But after some research through the xTension mailing list archives, and a quickly delivered XPPF plugin noise filter from PIGS Electronics http://www.pigselectronics.com/ my system is now working great again, and the problem is just a bad memory

END_OF_DOCUMENT_TOKEN_TO_BE_REPLACED 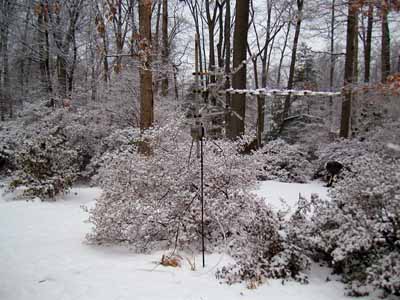 Test setup of my old (25+ yo) Winegard CA 9095 High gain UHF antenna with a Winegard AC 4990 Low Noise UHF Preamp, and an Alliance Tennarotor. I mounted this on a castiron staff for hanging baskets – I wasn’t going on the roof with this snow!

END_OF_DOCUMENT_TOKEN_TO_BE_REPLACED

LRAD is a breakthrough long-range hailing and warning, directed acoustic device that is designed to determine intent, change behavior, and support various rules of engagement. With LRAD, a sentry can issue a focused verbal challenge with instructions in excess of 300 hundred yards, and follow up with a warning tone to cause behavior change. Recorded messages can be selected and delivered over LRAD in multiple languages.